10 Banned Food Products Around the World: See Reasons: It is always shocking when we find out that the food we love and enjoy eating is not available all over the world. Countries have Banned Food Products if they are unhealthy or do not match with their food and health regulations. Imagine if someone told you that French fries were banned in your country.

Wouldn’t it be a horror to imagine a life without the good old fries? Here’s a list of food items that you can enjoy only in certain parts of the world as they are banned elsewhere:

Below is a list of Banned Food Products we have gathered:

Many countries feed their chicken with a chemical called “arsenic” which is banned in the continent of Europe. Arsenic is added in order to improve the appearance of the chicken and make it look pink. It has, therefore, been banned as it is one of the leading causes of cancer.

Processed food made from potatoes like chips or fries has an important element added to them. This is called “olestra” and is a substitute for fats. Olestra has been banned from being used in Canada and the United Kingdom. According to studies, olestra causes an increase in problems faced by the bowel, and therefore, is banned in many countries around the world.

A lot of people drink raw milk, especially in the continents of Asia and Europe. Unpasteurized milk isn’t available in other continents because they carry bacteria like E. coli and salmonella in them. This product is banned in Canada, Scotland, parts of the United States and also in Australia. According to FDA rules, all milk must be pasteurized and should meet the standards accordingly. Each country has its own set of FDA regulations for the same.

People all over the world love drinking energy drinks after an intense session of workout. However, these drinks are known to include brominated vegetable oil which is a known cause for a couple of mental sicknesses. These drinks are not available in more than 100 nations worldwide, so you can’t enjoy your favorite energy drinks the next time you venture out to explore the world.

Samosa is a crusted delicacy made primarily in India and Africa. However, it isn’t available in Somalia and the reason for this has been stated saying that samosa is too Christian. The reason for it being called too Christian is due to its triangular shape which apparently resembles the Holy Trinity, and therefore, finds itself on the list of banned foods around the world.

Check Out: How To Grow Hair Naturally Using Food Ingredients

As kids, we have all loved kinder joy because not only did it give us chocolate but it paired it up with a surprise toy. It is made in Italy and is available in Canada and Mexico. However, exports to the United States of America have been banned as they violate the food regulations. It is not acceptable to sell an inedible element with an edible item.’

Salmon is we know is a great source for protein and Vitamin D like other fish. However, salmon that has been farm-raised having brought several issues due to the usage of astaxanthin. Salmon has created a stir in New Zealand and Australia. This ban was implemented in Australia back in 1975 to prevent the import of diseased fish and remains banned till date.

Pink slime acts as a filler in several products like hamburgers and is also used to kill bacteria. The ammonium hydroxide used in it is banned in the U.K. and Canada. While a limited amount of its consumption is allowed in the United States, the European Union has completely banned this item for consumption – terming it dangerous for human health.

Ireland is home to one of the most delicious puddings of all time, called Haggis. Haggis owes its taste to sheep lung which prevents it from being eaten in America. Few American restaurants do attempt preparing haggis without the lung components but it does not taste quite alright. So, the next time you wish to enjoy a serving of haggis, prepare yourself to travel all the way to Ireland!

The sassafras tree can help heal injuries and wounds very quickly and also is a good ingredient in a salad. However, the oil obtained from it is not safe and therefore the oil has been banned all over the world. 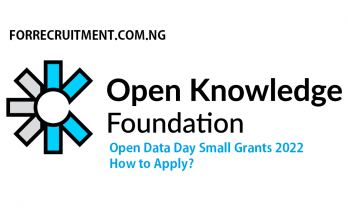 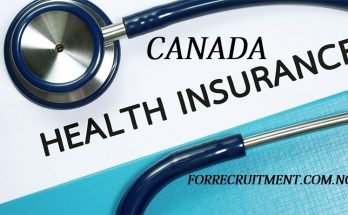