I AM Mother 2019 Trailer— Netflix Release, Review, Plot & Trailer: The first ever Netflix horror Robotic movie is set to be released this June. Everyone is waiting for the release of this wonderful movie. Here we will be providing information on the Review, Release, Cast, Plot and where you can find the thriller.

I AM MOTHER | Movie Review

Earlier we receive information that Hilary Swank and Dir. Grant Sputore was working together to produce a Horror movie titled I AM MOTHER. This is an American Science Fiction movie, screenplay Micheal Lloyd Green and stars Clara Ruugard, Hilary Swank and Rose Byrne. This freaky sci-fi film explores creepy, sinister and how living with robots might turn out.

A girl was raised by an Android robot mother goes against all Robot Mother had told her and sees eerie consequences of her action. All this started when the teenage girl (Clara) allowed an outsider into their world. She discovered that all that she has been told by her Autonomous mother is a complete lie, severing the mother and daughter bond. 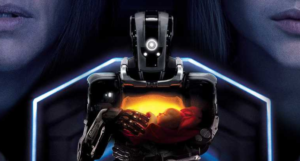 When she told the robot mother about the other what she discovered, Mother robot seemingly strives to play dumb. However, her droid mother is not happy and consoles her that there’s that all will be well.

Will the girl and injured human flee from the mother robot’s fury? It might be very difficult, considering there is a squadron of killer robots waiting for them, in an environment that is filled with life-threatening technology.

Netflix is set to release I AM MOTHER 2019 movie in the United States on the 7th of June 2019. Also, the movie will be premiered in Australia on July 18th, 2019 at StudioCanal.

See the trailer to get the movie boost, this will make you savor.

For more inquiries/ complaints. write down in the comment box below